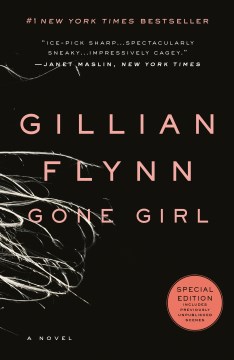 On the day of Nick and Amy’s fifth wedding anniversary, Nick heads home in the afternoon and finds his wife gone and their living room destroyed. Besides reacting inappropriately to his wife being missing (being pretty calm about the whole thing), Nick is also lies to the cops and soon becomes the prime suspect in what has bloomed into a murder investigation. As chapters alternate between Nick’s perspective and Amy’s diary entries, readers will grow increasingly aware that their marriage is far from perfect. However, did Nick really kill Amy? If not, where is she?