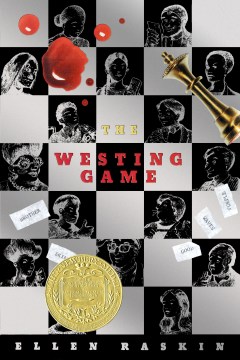 16 unlikely heirs get called to Sunset Towers, which faces east despite the name. They are invited to live there by a mysterious man named Barney Northrup. On top of that, they get invited to the reading of a man's will named Sam Westing who none of them knew, or so they said. The will states that he was killed by one of the heirs, and that they must find who killed him. So the heirs are paired and each get a set of clues, but not everything is as it seems. Will they find the killer before the killer finds them? Read The Westing Game to find out!